The Sunday celebrations at Unity of New York are always an uplifting, musical experience, thanks to our dedicated musicians. 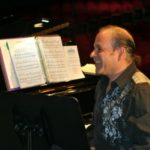 Ray began playing piano at age 7 and continues studying piano and orchestration today. In the private recording studio he built in his home, he has produced numerous artists, commercials and small films. He has been musical director for Black Stars of the Great White Way, featuring Ben Vereen, Keith David, Chapman Roberts, Andre De Shields and Norm Lewis; Two Sopranos Sing Opera to Blues at Carnegie Hall, in which he was also featured in a solo piano performance of Debussey’s Claire De Lune; and productions at FIT College. Favorite live performances include working with Jennifer Holiday, Cuba Gooding, Sr, Gloria Gaynor, B.J. Crosby, B.T. Express and Ryo Kawasaki. Favorite venues include The Blue Note; Birdland, Jazz at Lincoln Center, and on BET’s (television) Jazz Central. He has recorded & co-produced Bob Marley (“Soul Almighty,” The Formative Years, which went platinum); Shania Twain’s “The Beginnings”. Ray created two orchestrations for the BBC Orchestra for the 2007 production of Chapman Roberts’ “The Gospel According to Broadway” at the Hackney Empire Theatre in London. He also played keyboard in this production and was featured soloist in “Live the Dream.” Ray won “Musical Director of the Year” 3 years in a row, awarded by the Josephine Foundation. 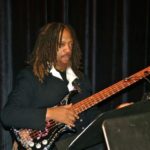 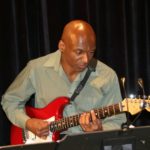 Musician, songwriter, performer, teacher. Ayodele studied at the Brooklyn Conservatory of Music, City College of New York and Brooklyn College. He has performed, toured and recorded with a wide variety of artists and groups, such as Lionel Hampton, Diahann Carroll, Eartha Kitt, Gregory Hines, Phylicia Rashad, Freddy Jackson, Regina Belle, Angela Bofill, Melba Moore, Savion Glover, Leslie Uggams, the Rhythmn Nation Band and The Fifth Dimension, to name a few. He has also played with The New York Philharmonic and The Queens Symphony orchestras. Ayodele has appeared on stage and in the orchestras of many Broadway shows and touring companies: “The Color Purple”, “Halleluiah Baby”, “The Wiz”, “A Chorus Line”, “Me and My Girl”, “Starlight Express”, “Wild Party”, “Black and Blue”, “Jelly’s Last Jam”, “The Full Monty”, “Godspell”, “Harlem Song”, “Kat and the Kings”, “Bring In the Noise,-Bring In the Funk” & “The Boy’s Choir of Harlem”. He was Musical Director for “Black Orpheus” at the Crossroads Theatre, on-stage guitar/banjo in the opera “Regina” and Saundra McClain’s “Spunk”. His work also includes the television orchestras of “Sesame Street”, the “Essence Awards”, the “Tonight Show” with Jay Leno, “Good Day New York”, and he has been a featured soloist at Carnegie Hall. Ayodele appeared on screen and on the soundtrack of the movie “The Singing Biologist”. He is the bandleader for the groups “Quadrant” (frequently featured on Queens Public Television), “Ayodele’s Last Chance Planet Earth Magic Band”, “Windsong String Quartet” and leader of the group “World Harvest Storytellers”. He has released 2 CDs of original music entitled “Sunship” and “Distant Traveler”. He is also the 2004 recipient of Bronx Council on the Arts BRIO Award for songwriter and 2004 recipient of ASCAP songwriter award. www.MaakheruMusic.com 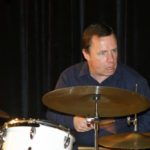 Brian Woodruff has performed with Marian McPartland, Rufus Reid, Bobby Watson, James Spaulding, Sherman Irby, Robin Eubanks, James Spaulding, Gary Versace, Harvie S, Jiggs Whigham, Jerry Hahn, Adam Niewood, Toru Dodo, Peter Evans, Stacy Dillard, Ledisi, Melba Moore, and on the Today Show. Recently, Brian has been performed with Rich Perry, Genes and Jazz at the Kennedy Center, The Flying Tomboulians, Return to Whenever, Vicki Burns, and Marieann Meringolo. He has been the house drummer for mega-church Unity of New York for the last 14 years. As the founder and organizer of the Blackbird’s Session, he played with a revolving cast of some of New York’s finest jazz players during its 3.5 year run. Brian plays drums on upcoming releases with The New-Trad Octet and his own OKB Trio. “The Tarrier,” his first CD as a leader, has garnered rave reviews and critical acclaim. He received a Bachelor of Music in Applied Percussion from the University of Connecticut and a Master’s Degree in Jazz and Commercial Music from the Manhattan School of Music. Brian is on the faculty of the Brooklyn Music School and is a founding member of the Queens Jazz OverGround. www.brianwoodruffmusic.com