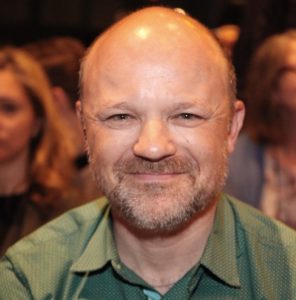 Join us for another Virtual Sunday Celebration on Facebook Live

Join us for our weekly Sunday Celebration Service and share inspiration, light and LOVE with your UNY community!  This week Rev. Britt Hall AND Rev. Robert Yarnall (Interfaith) will be speaking together.

Rev. Robert Yarnall is an Interfaith and Interspiritual Minister.  His spiritual background includes Quakerism as a child, followed by a spiritual journey in his 20s and 30’s (reading Eckhart Tolle, Neal Donald Walsh, Tich Nat Hanh, and many others) and landing him at Unity of New York in 2003, where he found his spiritual home.  Robert previously served on Unity of NY’s Board of Trustees for 7 years, including 2 as President, and currently serves as a Prayer Chaplain, Quest leader, and member of Voices In Unity.  He is a regular speaker at Unity of Long Island, the New Thought Spiritual Center of Long Island, and Unity of Montclair.  Robert is a proud member of Actors’ Equity and the Screen Actors Guild, and has performed in many plays and films. He also writes songs and is a member of the BMI Musical Theater Workshop. He sings (as a tenor) and has written upbeat songs for the Buddha and Jesus, which he performed at Unity of New York and in Connecticut. Unity of New York is excited for Robert to add “Guest Speaker” to his many roles at Unity of New York! 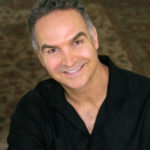