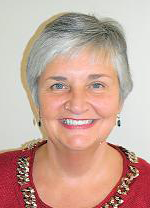 Rev. Martha Creek enjoys traveling 90% of her time to various Unity and New Thought churches facilitating Healthy Congregations; Self Differentiation; and Integrating “The Work” of Byron Katie workshops, along with developing and equipping boards and laity. She facilitates groups in Immersion process using “The Work” and Extraordinary Leaderships programs for ministers and leaders using systems theory as a lens for self-realization. She also facilitates experiential weekend retreats, called Journey Within, that explore traditions of ancient mystery schools.  Martha is a self-employed ministry consultant since 2004 and served as Minister Associate at Unity of Louisville for six years prior to consulting. She began her New Thought studies at the Religious Science of Nashville, Tennessee, in 1998. She completed all Unity Ministerial Education Requirements requirements in 2000. She received her Masters of Religious Studies and Ordination from Emerson Institute in 2002 and a Doctorate of Divinity in 2014. She was ordained by Divine Science International in 2016.  Martha celebrates living full out—a blessed life indeed.

Join us for your weekly spiritual boost at our Sunday Celebration Service –  Community, Spirituality, and Inspiration with our regular speakers along with special guest speakers and always uplifting music!