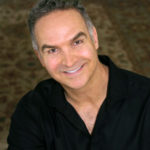 Rev Britt Hall is co-founder of Unity of New York, where he has served as the Music Minister since 1999, Spiritual Leader from 2016 through 2020 and recently appointed Senior Minister on July 26th, 2020.  Credentialed as an Ordained Unity Minister and Interfaith/Interspiritual Minister, Britt is revered as a leader in the New Thought/Unity Worldwide community and has shared his voice and insights around the country as speaker, presenter, vocalist and musician.  He is a leader of the production team for the annual Unity Worldwide Ministries international conventions and led our very own Spiritus vocal ensemble as the featured musicians at the June 2018 convention in Kansas City.  Unity of NY is grateful to Britt for his vision and leadership. 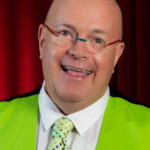 Rev. Shawn Moninger has been the Senior Minister at Unity Center of Norwalk since September 2004 and Staff Minister at Unity of New York since 2017. He is the founding Board President here at Unity of New York. Rev Shawn began his spiritual journey in earnest in 1997 after a successful career as a lighting and sound designer in New York nightclubs. He has won four MAC Awards and a Backstage Bistro Award all for outstanding Technical Direction. (Becoming a minister was the only thing left to do after that.)  Rev Shawn and his partner David Friedman are in high demand as speakers in the New Thought and Unity movements. They travel extensively speaking at prominent events such as the International New Thought Alliance Conference, Unity Conference, retreats and leading churches throughout the country.  In 2015 Shawn debuted his solo stand-up comedy show “Because I Can” at the Metropolitan Room in New York City, for which he won a MAC Award for Male Debut performance.  Shawn’s mission in life, and in his ministry, is for everyone on planet Earth (including himself) to KNOW that he or she is Good. It is a simple task and a powerful journey. 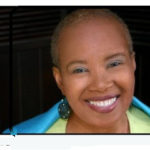 CharLena Pearson originally from St. Louis MO, she was a Unity Student almost from birth. Growing up in Phoenix, her adventurous spirit appeared.  After junior college, she and 2 friends drove cross-country via VW bus to NYC and fell in love with the City.

In New York, she started her classical vocal training, music theory privately, and Manhattan School of Music. In 2000, in Rhoda Levine’s “Play It By Ear” and went on tour to Germany & Austria. Acting classes: HB Studios, The Barrow Group, Karen Murray (Voice-Over) and John Howard Swain.

Her “day Job” gigs: TGM Associates, the American Stock Exchange, as a Librarian at Bishop Loughlin Memorial High School, while finishing her B. A. in Public Relations and Marketing, and with Metro Fire Safety. Workshop in Business Opportunities – certificate of completion, volunteered, worked for and awardee.

And now her beloved UNY. She is honored and delighted to work closely with the other staff members. I am realistic, I believe in miracles. 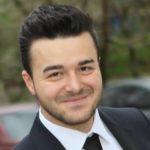 Ashot Yeghiazaryan graduated from City University of New York – Brooklyn College in 2014 with a BS in Public Accountancy.  He also received a BS in General Economics from Armenian State University of Economics in Yerevan, Armenia in 2010.  Ashot came to UNY in 2016 through a referral from St. Michael’s, where he worked as bookkeeper from 2014 to 2020.  He brings his accounting expertise and helpful attitude to his work as our Finance Director, handling all aspects of our Finance, from processing donations, financial reports, taxes, and accounts payable, to updating our systems keeping us relevant with current financial technology.  He recently became a certified Quickbooks Online specialist in 2019, which proved very helpful in March 2020 when our staff was forced to revert to working remotely.  UNY is grateful for Ashot’s dedication to serving our community and helping our ministry to be good stewards.

Ashot resides in Jersey City, NJ with his beautiful wife Lilit and their daughter, Vivienne. 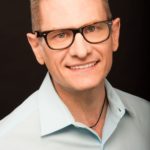 Leo Daignault’s many talents have taken him to Broadway in AVENUE Q, and all over the world in tours of THE FULL MONTY, MISS SAIGON, FOREVER PLAID, HOW THE GRINCH STOLE CHRISTMAS, and many more, as well as TV & Film appearances. He is also a member of Unity of New York’s inspirational vocal ensemble, SPIRITUS.

Since 2017, Leo has been on staff at Unity of New York.  Starting as our office associate, assisting the senior minister and staff with various administrative duties, his talent, creativity and technical expertise soon became an essential part of our ministry.  Leo shared his skills for “running a show” as our Sunday Service Stage Manager, in addition to designing the “set” every Sunday and being our Videographer.  Since the pandemic when we were no longer able to hold our Sunday services in person, Leo stepped into his current role as Technical Director, producing all aspects of our Virtual Sunday Services.  All this, while sharing his greatest gift – his voice – with our community through his soulful performances in his creative music videos.  Leo brings his love, talent and passion for creative expression into everything he does, as you can see every Sunday on Facebook Live or on our website.  Unity of New York is blessed to have him as part of our amazing team!